Blink cameras use a built-in motion sensor that can alert when movement is detected, allowing you to view a captured video clip of what triggered the event based on your app settings. Mini cameras; however, use Pixel Difference Analysis to detect motion vs. PIR (passive infrared) which is used by all other Blink cameras. Both PIR and Pixel Difference Analysis technologies can detect motion from about 20 feet away, based on various environmental factors such as camera placement, moving object size and temperature. 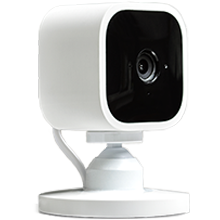 Pixel Difference Analysis works by comparing differences in pixels to detect movement. This method triggers motion detection based on a certain percentage of pixels that change. The percentage varies according to the sensitivity level you set in the Blink app. The lower you set the level, the higher the number of pixels that need to change before motion is detected or recorded as clips.

Mini cameras are somewhat capable of motion detection through glass, since they use pixel difference analysis instead of IR heat signature. This can only work when the area to be viewed has bright illumination, with the camera positioned as close as possible to a window, and with the recording LED and IR LED disabled to reduce reflection. Since results are inconsistent, it is not recommended to use a Mini camera to detect motion this way. 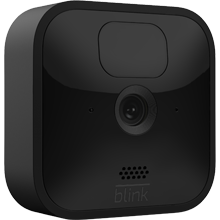 Cameras such as the Blink Outdoor use infrared for motion detection. This occurs when the PIR (passive infrared) sensor detects a heat signature change. PIR sensors detect emitted infrared energy from objects (people, animals, and vehicles) in the form of heat. The PIR sensor; however, is not functional behind glass and the camera should be positioned where objects will cross the field of view horizontally (ex. left to right) rather than approaching directly.

When an object such as a person, passes in front of a background such as a building, the temperature at that point in the sensor's field of view will change from one temperature to body temperature, and then back again. The sensor converts those differences in the incoming infrared radiation into a change that triggers detection.

One main advantage of PIR sensors is they tend to filter out insignificant activity such as wind blowing through trees or sudden light changes. On the other hand, Pixel Analysis allows for faster detection of objects creating motion.