Photo Capture shows your day in a few seconds

When an eligible camera is attached to an active Blink Subscription Plan or within your free trial, and Photo Capture is active, the camera takes a photo every hour while the system is "Armed".

If there are no motion detection, Live View, or doorbell press events in 24 hours, the Photo Capture images are converted to a short clip that you can view in the Blink app.

If there is a motion detection, Live View, or doorbell press event, any Photo Capture images that have already been taken are converted to a clip in your clip list, so the new event can be processed right away.

Clips from a new event may appear in the Blink app before the Photo Capture clip does.

Photo Capture works as described when the system is armed manually or by a schedule.

Photo Capture is not available for the Mini, XT2, XT, or Indoor (gen 1) cameras.


How do I get Photo Capture?

Photo Capture is one of the features included with a Blink Subscription Plan and is available only for Blink Video Doorbell, Outdoor, and Indoor (gen 2) cameras.

How do I use Photo Capture?

To use Photo Capture, check the camera settings to make sure the feature is "On". Photo Capture is a feature of your Blink Subscription, so make sure it is active.
When your system is "Armed" manually or by a schedule, hourly images begin saving.

Photo Captures do not create an alert or notification.

Note: Photo Captures respect Privacy Zones, but there may be other privacy considerations in your local laws and regulations, so please consider whether taking a regular photo is appropriate based on the camera's field of view.

To use Photo Capture without receiving motion alerts
To receive a once-daily Photo Capture video that is not interrupted by Motion Alerts, simply "Arm" the system and turn off Motion Detection when you tap the blue "Running Man" icon

above the camera thumbnail in the Blink app Home Screen. Motion Detection is not active when the icon is greyed out 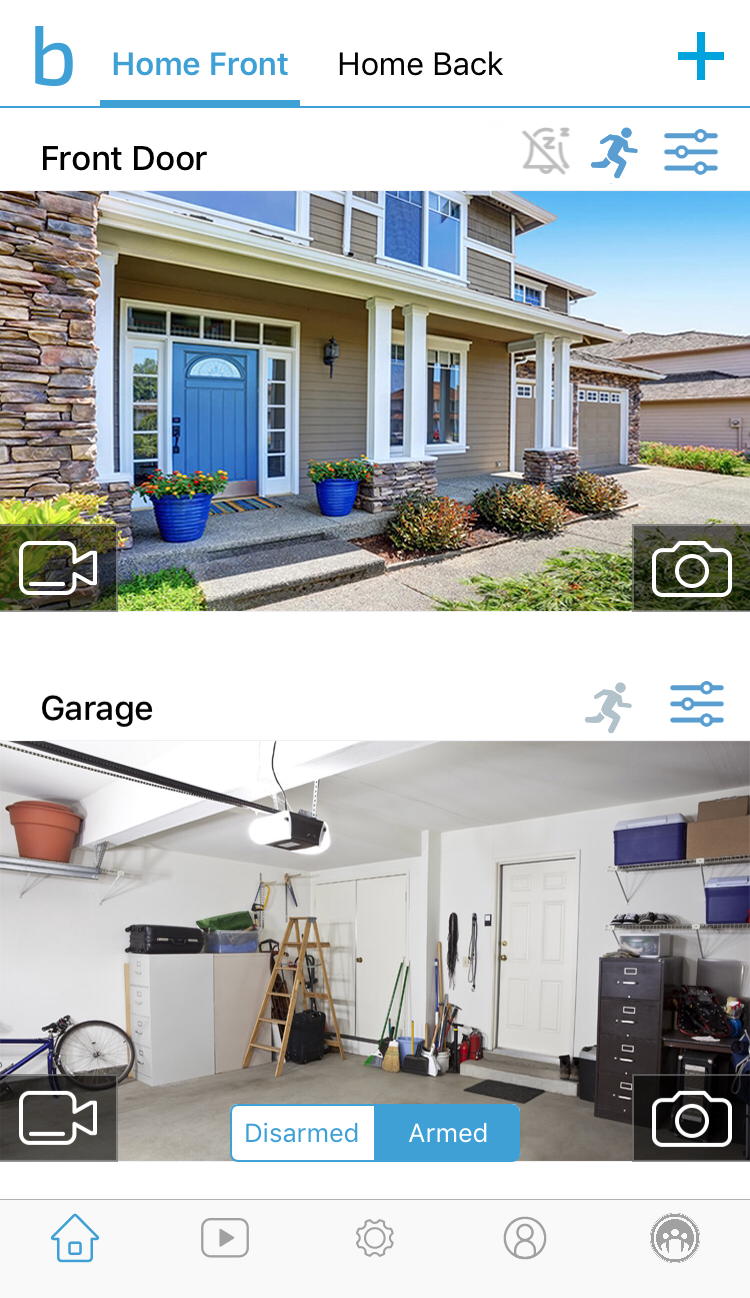 In the image above, the "Running Man" is greyed out for the "Garage" camera (lower part of the image) and does not respond to motion while continuing to send once-daily Photo Capture videos to your Clip List.

The Photo Capture feature is turned on and off in the Camera Settings screen.

Tap the Photo Capture "Enable" setting to turn on and off. 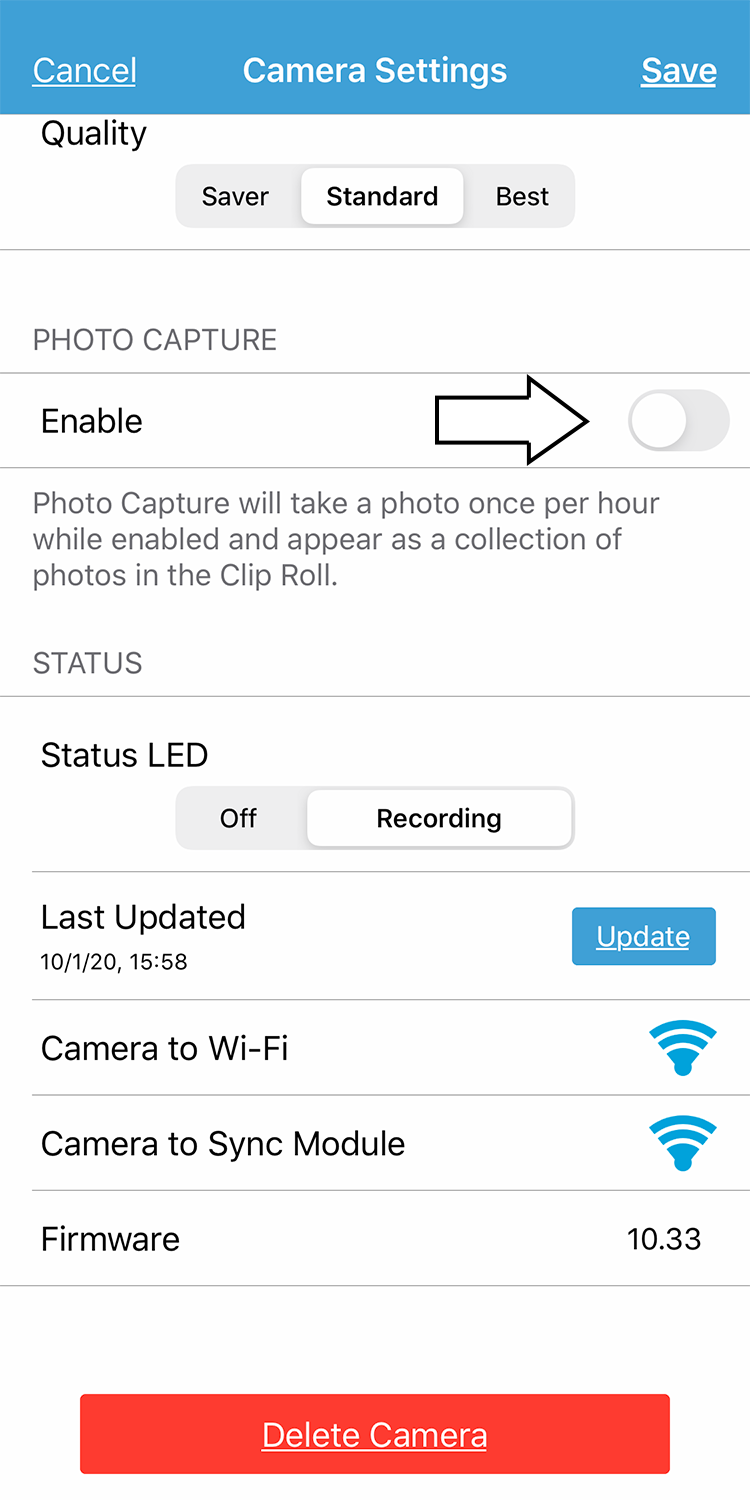 Photo Captures appear as a clip in the clip list with a blue camera icon as shown here between the video thumbnail and the camera name.

How is Photo Capture different than capturing video clips?

Capturing a video clip involves the camera taking a video in real time, as events occur.  Photo Capture, on the other hand is a clip made from images taken once an hour all day, then placed in your Clip List.

When can I see my Photo Captures?

This resolution supports long-lasting battery life and image load speeds to provide customers with an optimal experience when viewing clips.


What happens when my camera is offline?

If your camera loses internet connectivity, it continues to capture images every hour. When your camera returns online the most recent 24 images are turned into a new Photo Capture. The internal camera storage keeps images safe even when changing the batteries.


Can Photo Capture be enabled with Motion Detection disabled?

Yes, Photo Capture and Motion Detection are separate functions. You can arm a system to enable Photo Capture and then click the motion man icon to disable motion detection for each camera on the system. This allows you to monitor camera activity through Photo Capture instead of motion alert or Live View.


Can photos be taken when motion is being recorded?

When motion is being recorded, Photo Capture images are not stored. At the moment motion is detected, the Photo Captures already taken are uploaded and a clip is created. After the motion recording is complete, Photo Capture begins taking images again in the hour after the event.

Note: Please use Photo Capture in compliance with applicable laws and respect the privacy of others. To protect certain areas of the camera view from any kind of recording activity, use Privacy Zones.