Can I Disable the Blue Recording LED on the Camera?

Blink cameras have an activity indicator in the form of a blue color LED light on the front of the camera.

For the Blink Indoor, Outdoor and Mini, the Status LED is controlled in camera settings.

Blink XT and XT2, have a physical hardware switch inside the camera to control whether the status light is on or off.

The Blink Video Doorbell and 1st generation Indoor cameras are not adjustable.

For the Blink Indoor and Outdoor cameras, there is a switch in the Blink app camera settings screen, named Status LED. The Status LED can be set to the following: 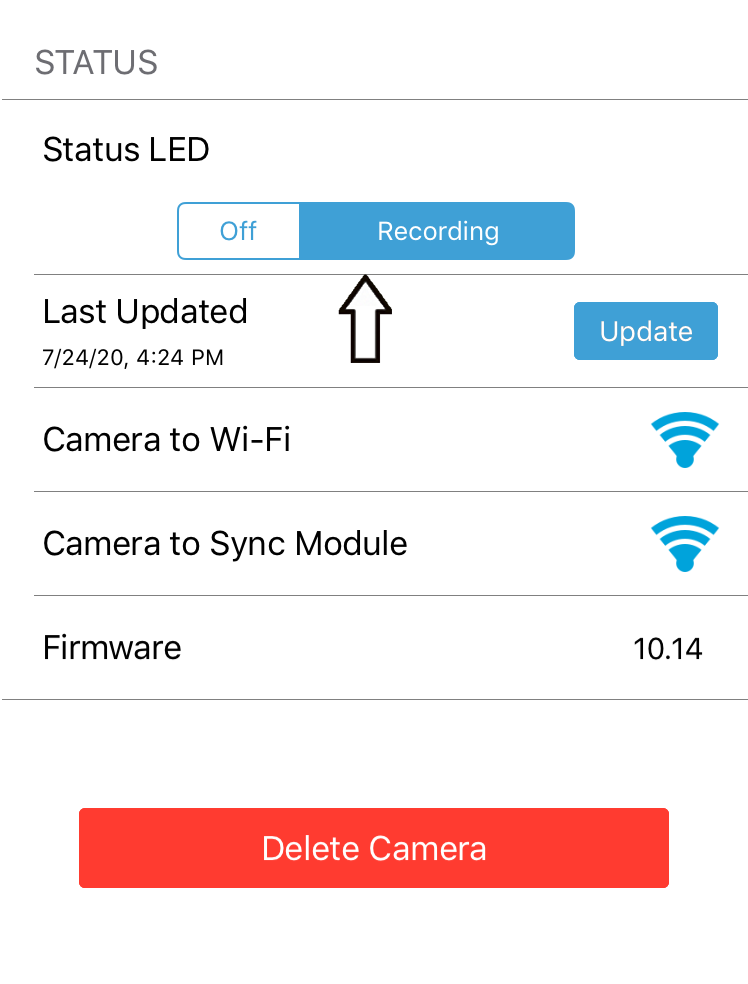 For the Blink Mini camera, there is a switch in the Blink app, on the camera settings screen, named Status LED. The Status LED can be set to the following: 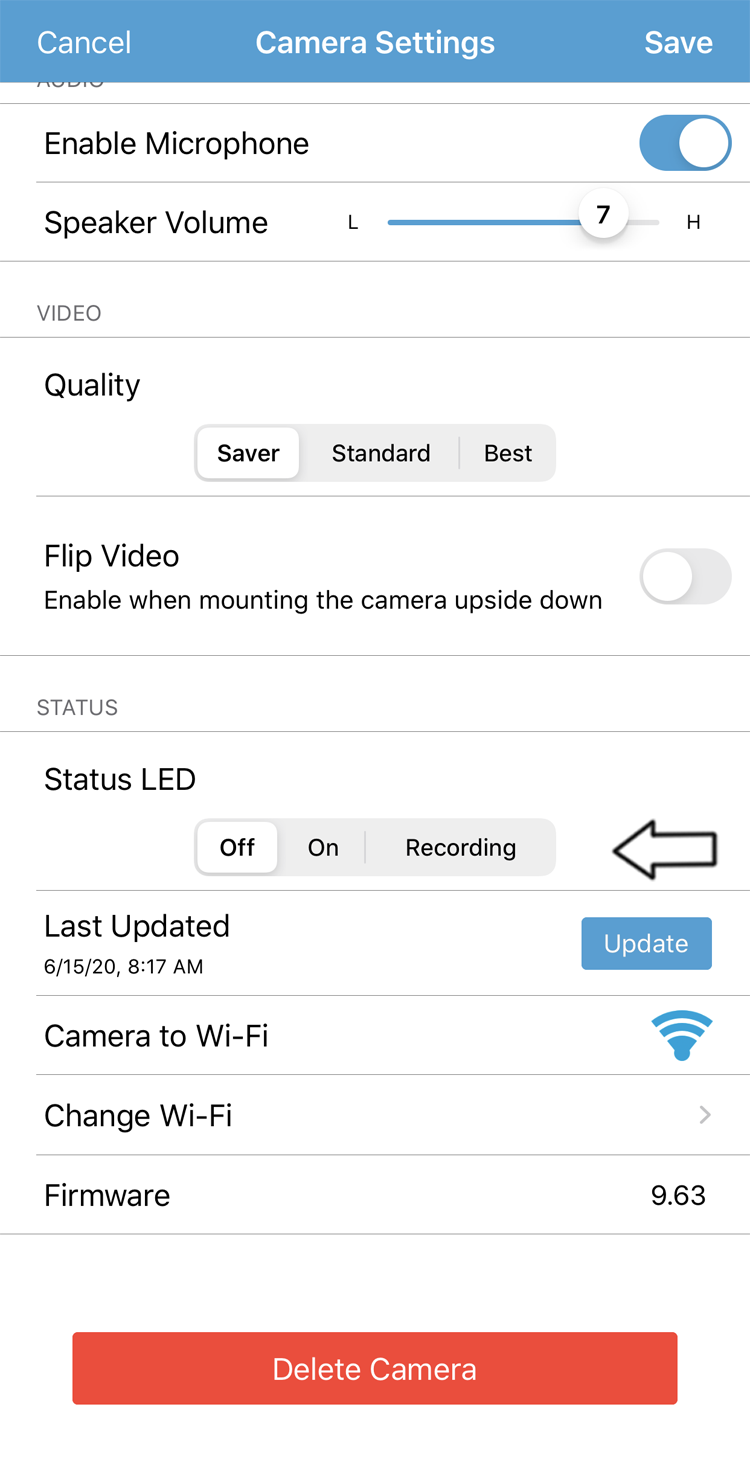 
The XT and XT2 cameras have a hardware switch inside the battery compartment  to control the blue recording light.  This feature is not available on the Blink indoor cameras.

This article will show you how to turn off the blue recording LED on Blink XT. This LED is enabled by default from the factory.

1. Remove the battery cover. To see how to do that, click here.
2. To the right of your camera's serial number, you'll see a switch that says "REC. LED" with two positions, "ON" and "OFF". 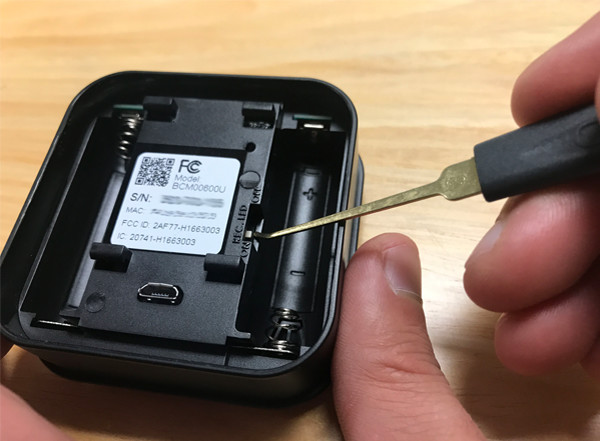 3. Using tweezers or a similar tool, slide that switch to the off position (toward the top of the camera).

The Blink Video Doorbell has a blue LED that flashes when the doorbell button is pressed. There is no setting to change this.

The first generation of Blink indoor camera does not have a setting to control the blue LED.

For more details, please visit the article How to adjust camera settings.