When you experience the security and convenience Blink products offer, you may want to grow your network of cameras at one, or multiple locations. Up to ten cameras can connect to a single Sync Module. To add more than ten cameras, or to add cameras at a different location, more than one Sync Module is required. You manage all of your Sync Modules and their attached Blink devices from a single account using the Blink app.

Each Sync Module manages one system and the devices connected to it. You add Sync Modules in the Blink app, then you add cameras to the new system that was created.

After multiple systems are added to a single account, you can navigate between them by tapping on the system name at the top of the home screen. Additional systems can be found by swiping the system names to the Left. 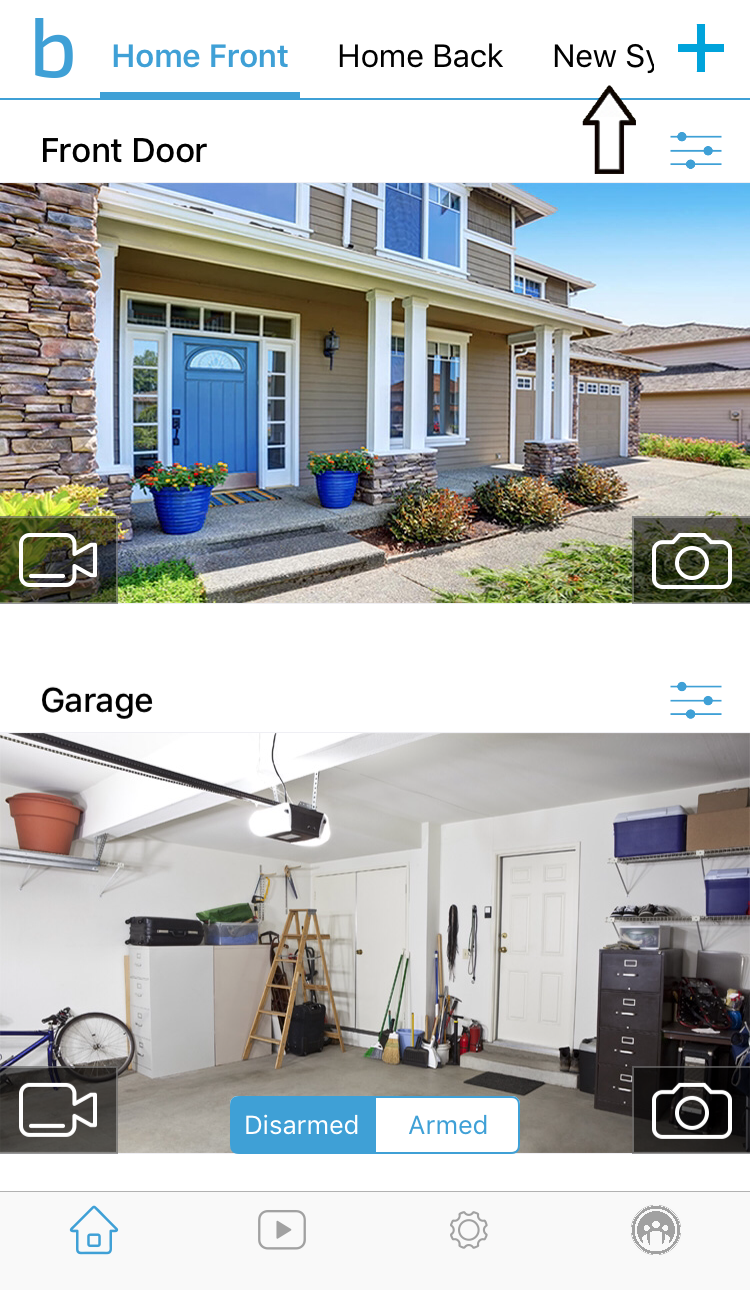 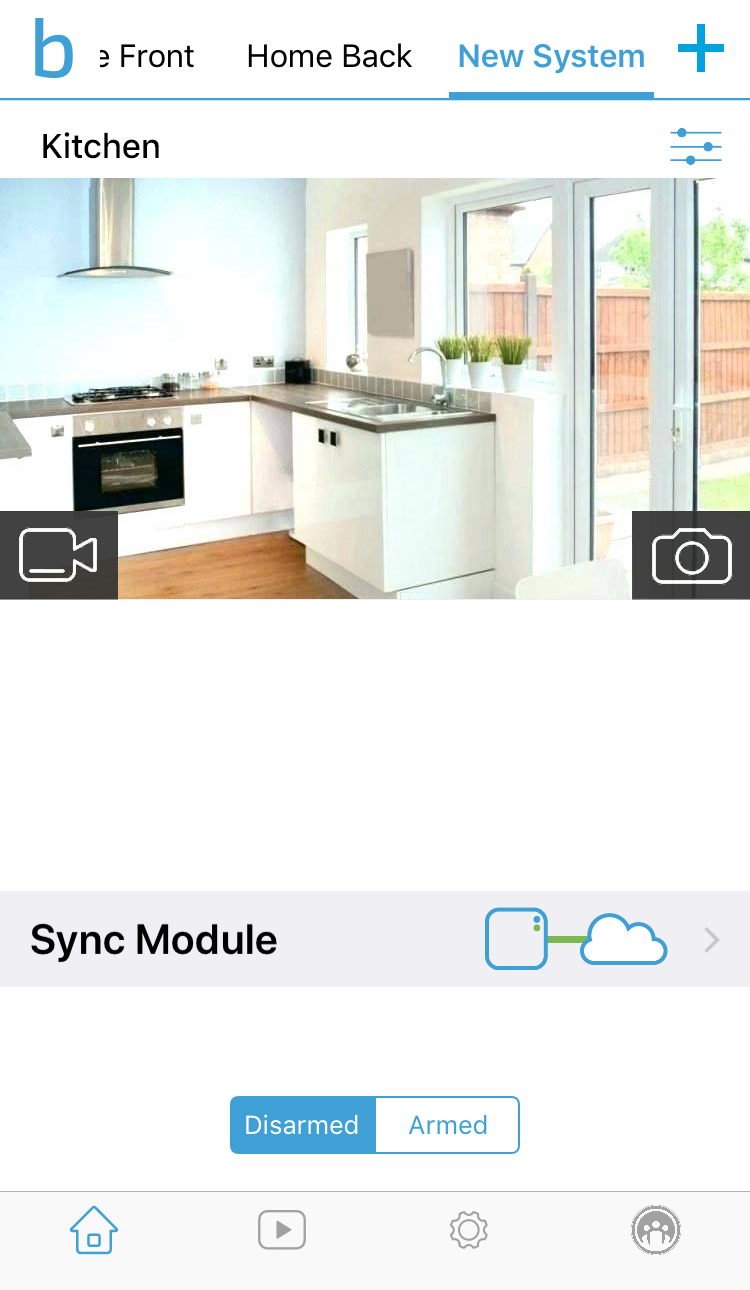 A wireless network extender is meant to make your wireless network have more coverage, either for distance or improved signal strength. There is a wide variety of extenders on the market. Often an extender will be set up to to share the primary network, and will automatically self-assign a network name (SSID) by adding "-ext" to the name. In this example, it is SSID "myWiFi-ext". Blink systems recognize an SSID with "-ext" or "-EXT" as identical to the main SSID when you are setting them up.

Older cameras, the Blink XT, and Indoor (gen 1), do not recognize an SSID with added "-ext".

Having multiple systems can be useful in a number of situations. 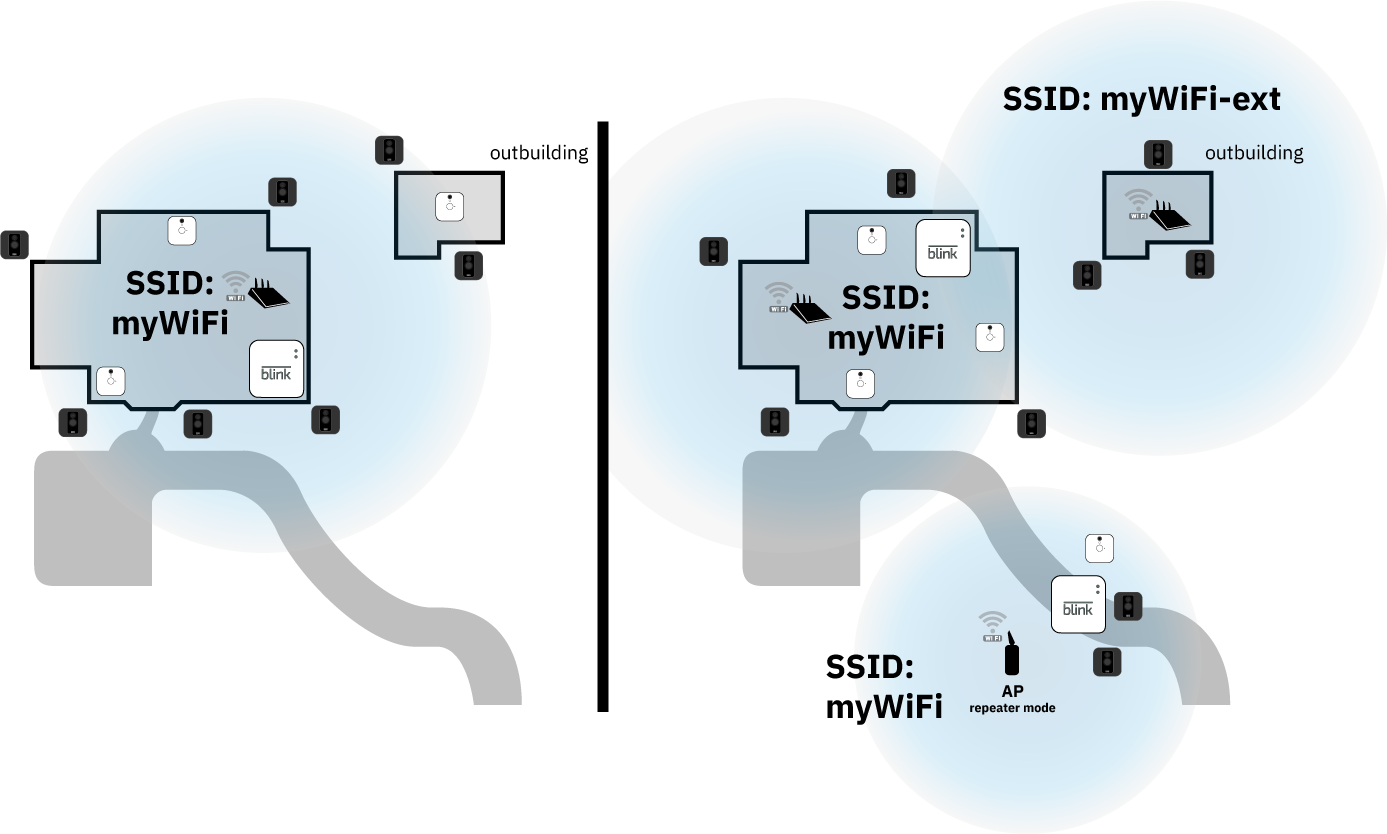